White Noise Dave Clarke at Uculturemix; White Noise is the world’s longest enduring Techno / Electro radio show, presented by the “Baron of Techno” Dave Clarke. “I’ve never been interested in what’s trendy and what’s not,” Clarke explains, “but the best music comes to me every single day and I want to share it.”

Dave Clarke is a DJ with an anarchist streak a mile wide and punk in his soul.

Nothing says this as potently as his new album, ‘The Desecration of Desire’. Electronic to the hilt yet full of rich, dark songwriting, it’s been almost two years in the making and comes 14 years after his last full-length outing.

“The desire to write songs has been bubbling in me for ages,” Clarke explains, “My first album was a collection of tracks, the ‘Red’ series of EPs, plus other stuff. With my second, even access to my studio was an issue. Those two felt like collections. This one’s more like a book, a chronology. I’m so happy with my studio. I’ve stayed away from club music. Finally, it’s just me, my imagination and a touch of fearlessness about opening up.”

A serious car crash in Serbia in July 2016 also affected Clarke. It fed into the album’s pensive mood, and gave him a desire to DJ less but to inject more of himself into the sets he takes on. “I still love DJing with a passion,” he enthuses, “but the album also ignited a flame within me about making music, about being totally true to myself. It’s been a long time coming…”

Dave Clarke was born and raised in Brighton, England, but currently resides in Amsterdam, a city which revitalized his life and work. The offspring of a technology loving father and a disco-soul loving mother, it was always evident that Clarke would cut a swathe through music. As a youth he ran away from home, sleeping in car parks and on beaches. He took lousy jobs in shoe shops, living off ￡5 a day, to subsidise his income from badly paid local DJ gigs – anything to further his involvement with music.

“I didn’t really engage at all with the outside world,” he recalls, “I was your typical disenfranchised JD Salinger-inspired young adult that used to hide in and behind music.”

Clarke’s debut release was in 1990 on XL, around the time the label was launching The Prodigy. He used the name Hardcore, a guise he then took to the legendary Belgian techno-rave imprint R&S where he released various EPs (some as Directional Force). By 1992 Clarke’s own label, Magnetic North, was on the rise and he unveiled the classic ‘Alkaline 3dh’ (as Fly By Wire), among others. A next level career boost was round the corner when his ‘Red’ trilogy were unleashed on Bush Records in 1994. These catapulted Clarke into a different league and he suddenly found himself remixing the likes of Kevin Saunderson’s Inner City, The Chemical Brothers, New Order, Depeche Mode, Moby, Leftfield and Underworld. Undisputed landmarks in techno, DJ Mag rightly incorporated ‘Red’ in its All Time Techno Top 100 list.

Clarke’s debut album ‘Archive One’ followed, flecked with hints of breakbeat and electronica, a novelty in the puritanical techno scene of the time. Clarke’s mix CDs include the techno/electro double ‘World Service’ outings, one of which sold nearly 100,000 and made it into Resident Advisor’s top ten mix compilations of the 21st century. He signed to Skint Records – home of Fatboy Slim – resulting in 2004’s ‘Devil’s Advocate’ album, jammed with dark techno energy but laced with hip hop beats. When his production pace ebbed, Music Man Records gathered together ‘Remixes & Rarities’ in 2007, making Album Of The Month in Mixmag and receiving critical plaudits all over. 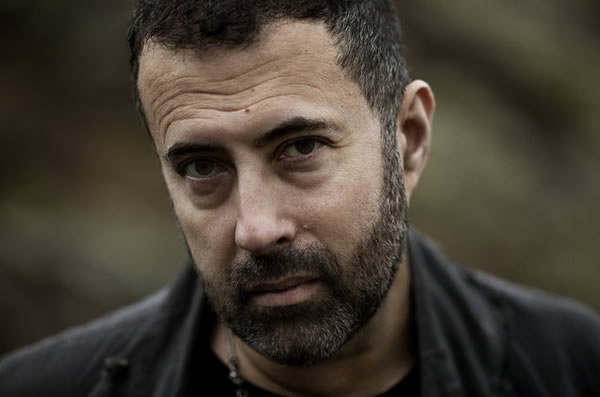 After a break from production, recent years saw Clarke make his presence felt again, working with Dutch partner Mr Jones (Jonas Uittenbosch) as _Unsubscribe_ and dropping remixes ranging from John Foxx’s seminal synth-pop gem ‘Underpass’ to Gesaffelstein, Detroit Grand Pubas and Octave One, as well cutting tracks for labels such as Houndstooth and Boysnoize. In 2016 an album of remixes, ‘Charcoal Eyes (A Selection of Remixes From Amsterdam)’, ranging from Placebo to A Place to Bury Strangers, suggested Clarke was revitalized in the studio. The new album confirms it and includes a track made with virtuoso producer Keith Tenniswood (AKA Radioactive Man).

As a DJ, Clarke plays out three weekends a month across Europe and the world, living up to his nickname, the Baron of Techno, a moniker given him by the late, great BBC Radio DJ John Peel. There’s the same attention to detail each time, his sets swooping whip-smart along the cutting blade of techno and electro, backed up by a seasoned bag of DJ tricks in which his early hip hop roots clearly show. Techno’s first and original “Man in Black”, Clarke blends into the background upon arrival and lets his music do the talking. That’s where he comes alive, where skills honed for years blow venues apart.

From small, sweaty clubs to the likes of Fabric, Fuse or Tresor, Clarke nurtures an extraordinary relationship with the crowd. It’s the same with festivals. He’s played Awakenings, I Love Techno, Lowlands, Pukkelpop, Glastonbury and Nature One, and developed a special relationship with Tomorrowland where he has his own stage. Here he’s showcased names such as Green Velvet, Vitalic, Heidi, Seth Troxler, Chris Liebing, Jeff Mills and Ben Klock. Clarke also continues to be a key player in the Amsterdam Dance Event where his Dave Clarke Presents event at Melkweg has sold out 11 consecutive years running.

And then there’s White Noise, Clarke’s weekly radio show, a global institution and an indicator of where the scene is headed, more than 600 editions in and going out on over 100 FM partners worldwide. Here Clarke casts light on aspiring producers he discovers in his Dropbox alongside more established artists.

“I’ve never been interested in what’s trendy and what’s not,” Clarke explains, “but the best music comes to me every single day and I want to share it.”

His affiliation with technology makes him the perfect ambassador for brands such as Waves, Serato, Soundtoys and French gear manufacturer Arturia, as these are the tools of his trade. Deep down, however, Dave Clarke continues to buck predictability and to do his own thing. He flies the flag for true techno spirit. Whether it’s pushing cutting edge sounds on far-flung dancefloors or producing the haunting Mark Lanegan-fronted ‘Monochrome Sun’ from his new album, he has a consistency of vision and purpose rare in the ever-changing world of dance music.